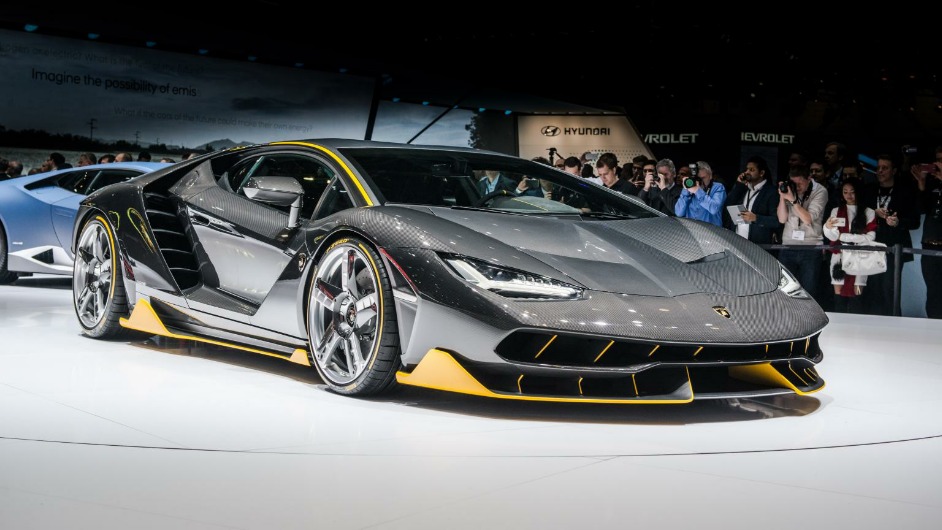 Heading into 2017, two of the most exciting luxury cars are the prestigious Ferrari and Lamborghini lines. As two of the most iconic car brands out there, they are also two of the most difficult to compare. The new release of the Lamborghini Centenario, and the Ferrari GTC4 Lusso T are both spicing up the automotive industry with their unique designs and their excellent engineering.

The Centenario (pictured above) is one of the most exciting projects by Lamborghini in quite a while. The car is named after Ferruccio Lamborghini, the man who founded the brand, who was born 100 years ago. Setting out to design a product baring the name of its maker, Lamborghini set the bar high.
The Centenario features a V12 engine, capable of propelling it to 100km/h in just 2.8 seconds. It also features a max speed of 217 MPH This is going to be one of the most exciting (and rarest) cars in the world, with only 20 Coupes and 20 Roadsters being produced.
Aesthetically, the Lamborghini Centenario feels more like the Batmobile in all the best ways. Luxury car enthusiasts and collectors are going to be dying to get their hands on one of these bad boys once 2017 begins and the car is released.

Ferrari, on the other hand, has taken quite a different approach to their cars in 2017. Their founder, Enzo Ferrari, was born in 1898, so if they were wanting to commemorate his 100th birthday with a car this year, it’s a little too late. However, there are plenty of opportunities for Ferrari make advancements in the coming year.
Ferrari has always been known as a luxury line that emphasizes the performance (which means speed) side of the automotive industry. Their goal this time was to deliver a car that was versatile and suitable for driving on the daily.
The GTC4 Lusso T is a downsize engine-wise from the V12 GTC4 Lusso, but Ferrari insists that it’s not “a GTC4 with a smaller engine.” It also weighs less than its counterpart and features rear-wheel drive as opposed to all-wheel drive.
Those worried that the GTC4 Lusso T will push the V12 GTC4 Lusso into retirement don’t need to worry. For the foreseeable future, the GTC4 Lusso is safe. Those who prefer all-wheel drive can continue to sport the Lusso, while those who prefer the rear-wheel drive can stick with the GTC4 Lusso T.
Ferrari and Lamborghini are two of the most prestigious European luxury automotive brands, and even two of the best brands in the world. From luxury cars to performance machines, they have proven time and time again the ability to surpass the competition and come up with something truly magnificent. Boca Autohaus provides automotive repairs for the Ferrari and Lamborghini.