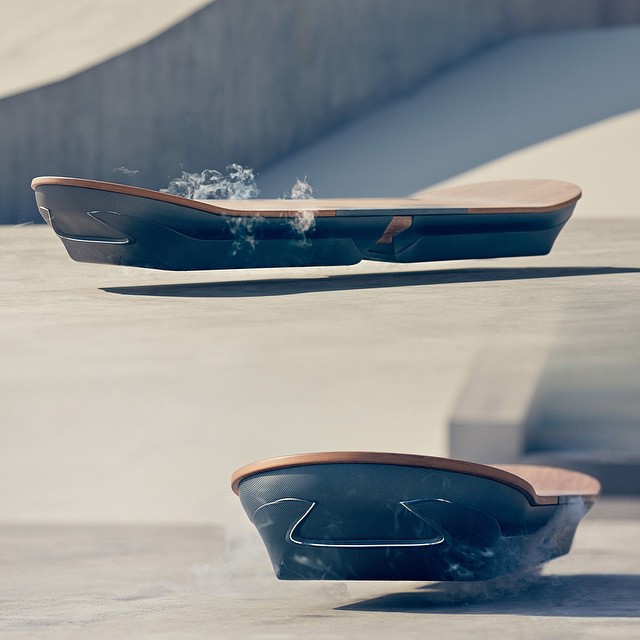 The Jetson’s have nothing on the latest innovation from Lexus. The luxury car maker has just unveiled its long awaited Hoverboard. After 18 months of preparation, planning, and promise, the public was treated to a promotional video of the Hoverboard in action. Pro Skateboarder Ross McGouran was the lucky one to try out the new technology.

Simply put. Magic. Well…sort of. The Lexus Hoverboard works by leveraging the use magnets to produce a levitating effect. Superconductors and magnets work together with a metal-topped skate park and antigravity is achieved. The result? A Hoverboard that floats effortlessly over the specially designed skate park.

Ever wish you could buy a skateboard or rollerblades that would “light up” or contain other cool special effects? If so, then Lexus has something special for you with the hoverboard design. Liquid nitrogen is used to aid the board’s superconductors in reaching their peak temperature, resulting in a cool fog machine effect emanating from the base of the Hoverboard.

When can I buy it?

As you can imagine, there are people lining up to be the first to purchase the Lexus Hoverboard. However, they may have to wait for a very long time. As fun as Lexus’s latest innovation appears to be, there are many issues with the functionality of the design that would keep it from production.  As a result, this cool, slick engineering marvel is just a prototype and is not currently slated for mass release or limited sale. Experts warn that even if it were for sale, the price would be potentially astronomical.

The Lexus Hoverboard was highly-anticipated and is super cool to see in action. It is amazing that Lexus was able to engineer it at all and for that their entire team would be commended. However, our collective dream of traveling Back to the Future style is still a long ways off.