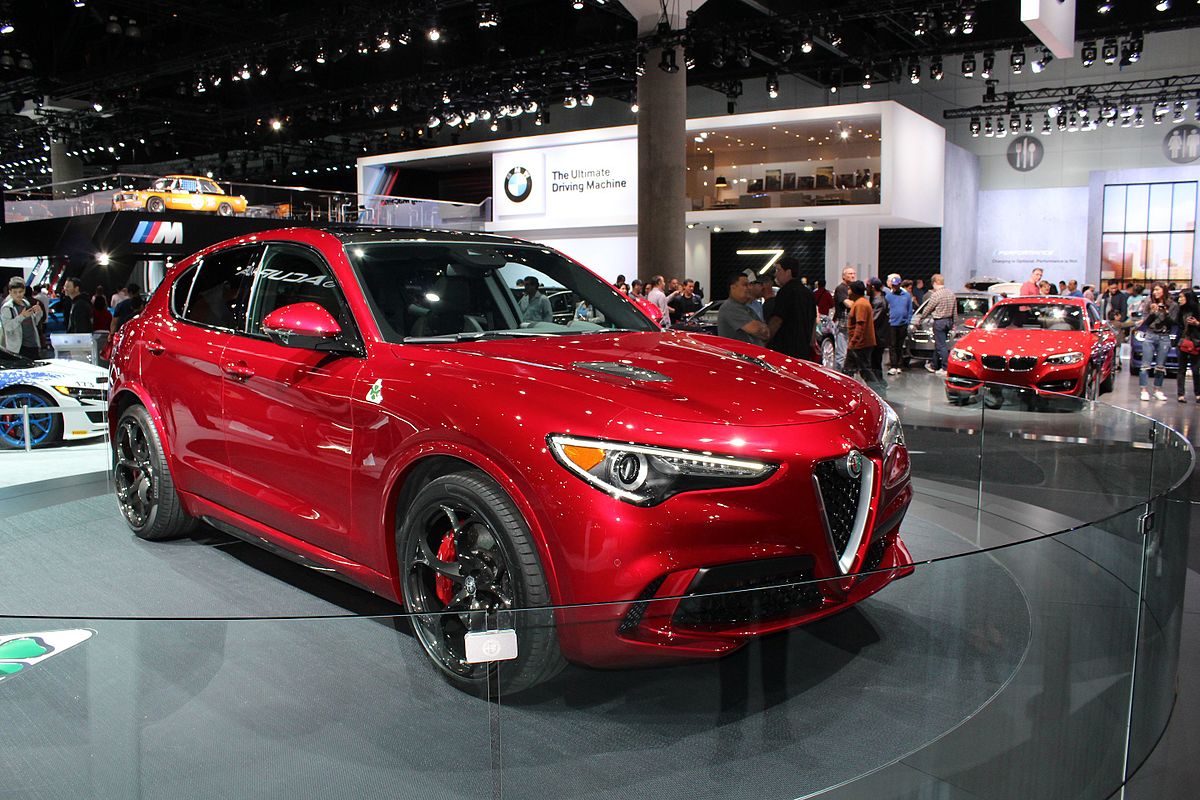 The 2016 L.A. auto show took place from November 18th through the 27th, and as always turned out to be one of the most impressive shows for luxury cars and exotics in the United States. Several great models were presented, from Aston Martins to a beautiful new Lamborghini, the LA Auto Show was the place to be for those that are interested in European luxury cars.

If there’s a city where more Americans are able to afford luxury exotic automobiles, it’s got to be Los Angeles. It’s the place to be for rock stars and celebrities, after all, so it makes sense that the LA Auto Show would be one of the best showings of exotics in the U.S.. A few of the models presented were particularly impressive.

The Stelvio is an SUV exotic from Alfa Romeo, a luxury car manufacturer in Italy. The Stelvio is named after a famous mountain pass in northern Italy, and the crossover SUV is sure to live up to the hype. There will be three different models available in the United States: the Stelvio, the Stelvio Ti, and the Quadrifoglio, which will have the twin-turbocharged 2.9-litre V6 as the Giulia Quadrifoglio. The standard Stelvio will also feature the same engine as the Giulio sedan, a turbocharged 2.0-litre four-cylinder. Alfa Romeo has said that the Stelvio will be able to reach 60mph in just 3.9 seconds, quite impressive for a crossover SUV.

Aston Martin upgraded its Vanquish model, starting with the design itself. The British luxury car manufacturer revamped one of its already-most-impressive lines, upgrading the suspension and speed of the Vanquish and earning it the rank of “S”. Aston Martin is calling it the “ultimate Super GT”, and for those that love a luxury sports car, the Vanquish S is a dream come true. It’s constructed and styled with carbon-fibre, making it lighter and making it look even more impressive. It has an 8-speed Touchtronic III Transmission as well, making it one of the best sports cars around.

Audi A5 and S5 Sportback

The 2018 Audi A5 and S5 Sportback will debut in the U.S. this Spring.  Though these models don’t look remarkably different from the previous ones, the exciting thing for Audi fans in the United States is that these Audi hatchbacks are coming stateside for the first time. They are certainly an upgrade over the A4 and the S45. The U.S.-version of the A5 Sportback will have a 2.0-litre supercharged four-cylinder with 252hp, while the S5 Sportback will have a 3.0-litre turbo V-6 with 354hp. Maintenance and repairs should be similar to slightly higher in time and cost.

The Jaguar I-Pace is set to debut in 2018 as a totally-electric SUV. The I-Pace will be able to drive 220 miles thanks to its 90-kw-hour lithium-ion battery pack. Jaguar is promising that it will perform like each of its powerful models, as the I-Pace is projected to get from 0-60 in just four seconds. This zero-emission Jaguar is set to be a pace-setting electric SUV.

This rear-wheel-drive convertible is the latest from the impressive Huracan showcase from Lamborghini. It has ANIMA technology that allows the user to customize the Spyder’s behavior to their particular driving needs. The SPORT setting gives slight oversteering capabilities, the CORSA gives a more racing-style, while the STRADA setting provides the most comfortable drive with the most grip. This RWD Spyder gets to 100km/h in just 3.6 seconds, making it one of the most powerful exotic cars on the market.

The 2017 Mercees-Maybach was unveiled at the LA Auto Show, and is a limited edition of only 300, with only 75 destined for the U.S. The net price tag is set to be around 300,000 euros, but the investment is well worth it. The S650 has a 6.0-litre turbocharged V12 that has an incredible 612hp. The top speed is set to be 155mph. Interestingly enough, the S650 Cabriolet comes with a set of luggage that’s the same color as the car’s top.

Each of these exotic cars are going to be among the most exciting models coming out this next year. Luxury car lovers are thrilled about what each of them bring to the table. Our Technicians at Boca Autohaus will be ready and waiting to repair any and all issues our clients may have with them!